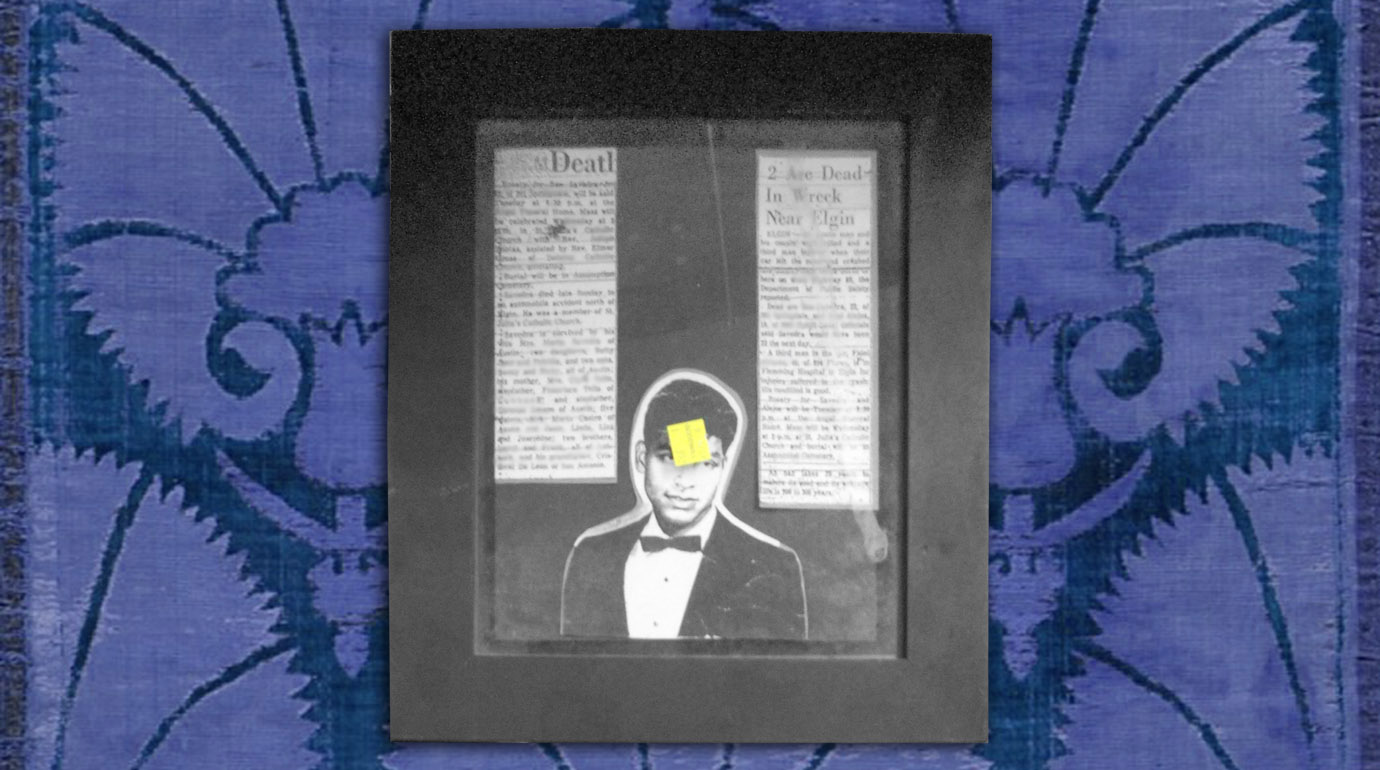 A chilling statement on the value of a young Hispanic person’s life, and a rare instance where the anonymous artist uses the medium of the thrift store itself as an element of her creation. The text of (2 Are Dead) contain photocopied clippings of the mass and rosary and the announcement of the accident that took the lives of two people. Details of the clipping suggest that two youths and an older driver swerved off the road, no other vehicles mentioned.

The subject of (2 Are Dead) is certainly grim; either a found piece from the young man’s funeral service, or a mixed-media piece created to resemble the same. The stark black and white content is emphasized by the photocopied clippings and high-contrast photograph: the only color comes from the garish yellow pricetag, in a gesture of dark sarcasm placed over the subject’s face, a value of 99 cents.

As a statement of the relative value of life, the callous nature of the bystander viewpoint, and what is lost in translation between real life and the media’s interpretation of same, (2 Are Dead) is deeply effective and disturbing, as is the effect of seeing one’s self, and one’s values, reflected in its glass.