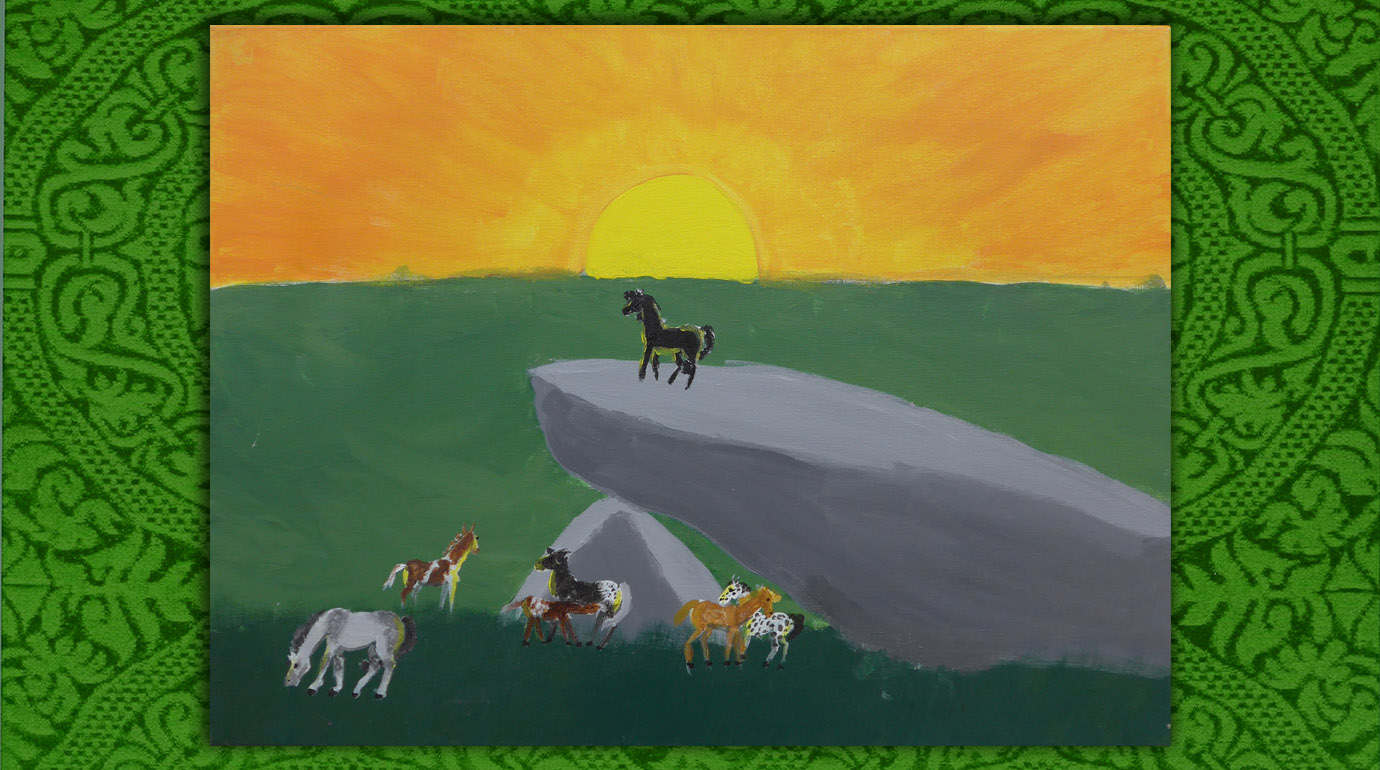 MW’s masterwork “Herd Rock” cycle as, of course, been analyzed and subjected to ruthless criticism by any number of art and resale historians. Traditionally, (Herd Rock) is listed first in catalogs concerned with that sort of thing. The lush green background, nursing foal, and hopeful sunrise imply new beginnings, and the cycle is usually capstoned by (Plains.) As always, even these informal attempts to bring order to art are challenged, and the curator would request that the night cleaning staff please stop moving the pictures around, or at least move the damned placards, too. I’m talking to you, Inez.

The central focus of (Herd Rock) draws the eye ruthlessly to the stallion surveying the land. He is haloed by the sun, as the Egyptian god Ra might be, and its rays flood the scene. So bright and pervasive is its light that even animals hidden in shadow are gilded by its rays. This powerful illumination serves to show the vast scale of the work, and of the “Herd Rock” cycle itself: even these powerful creatures are dwarfed by nature, and by the cycle of life, death, and rebirth. Yet this brief moment–ceremonial and mythic, domestic and maternal–is one part of a tapestry, as endless as the rise and fall of the sun itself.