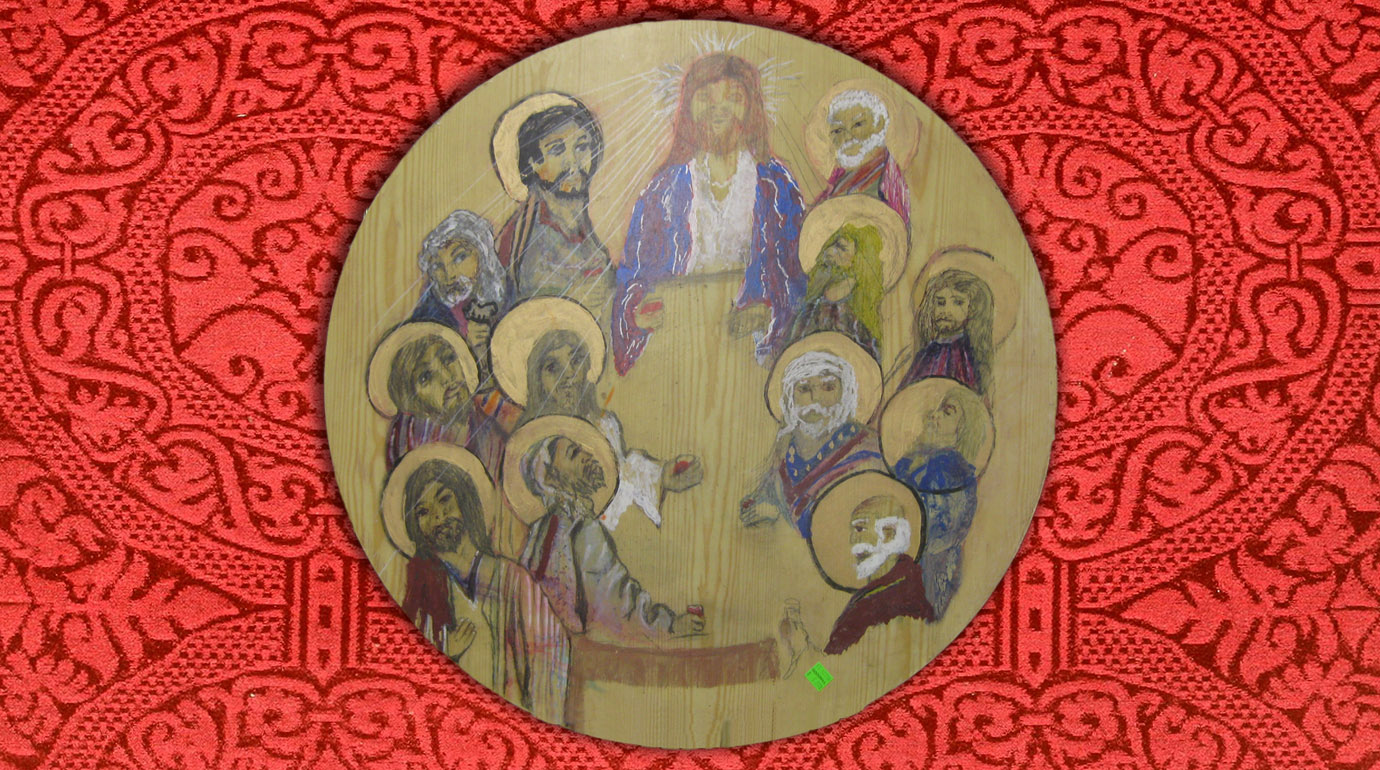 Most current depictions of the Last Supper are usually strongly influenced by Da Vinci’s stern right angles and infinite architecture, which to a great degree is strongly about setting as much as spirituality. Da Vinci’s Last Supper expands the space of the Santa Maria delle Grazie monastery, extending the dining space of that building into the realm of the divine and inviting the Dominican monks of that place to dine with Jesus, and question their place in his passion play. 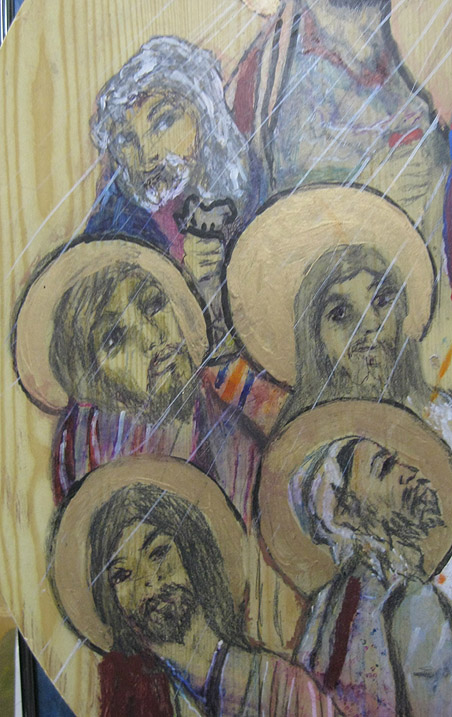 Out of its original context, the Last Supper is distinctly “over there.” In a chapel on another continent, around a table in another century. The artist of Last Supper 360 brings us back to the table, universalizing through decontextualization. We sit above and at the table, with both the omniscient viewpoint of a 21st century viewer and a disciple seated at the table.

Da Vinci’s Last Supper makes heavy use of perspective to draw attention to Jesus, who sits in the absolute focal point of the work. 360 uses the conceit of a medieval gold leaf icon, a medium which usually lacks the perspective tricks of the Renaissance. To build a true focal point within a round space, Jesus’s halo extends beyond his head, beams of light or divine force radiating across the field to touch each disciple—even Judas, who must turn away from this holy power.

The attention to detail in the faces of the disciples is worth special attention, as each disciple has his own unique face, hair, clothing. Compared to this traditional icon with a similar design, this touch graces 360 with unusual compassion and empathy. The disciples seem to be drawn from different cultures, ethnicities, social classes. In this, the artist, once again, invites us to sit at the table.