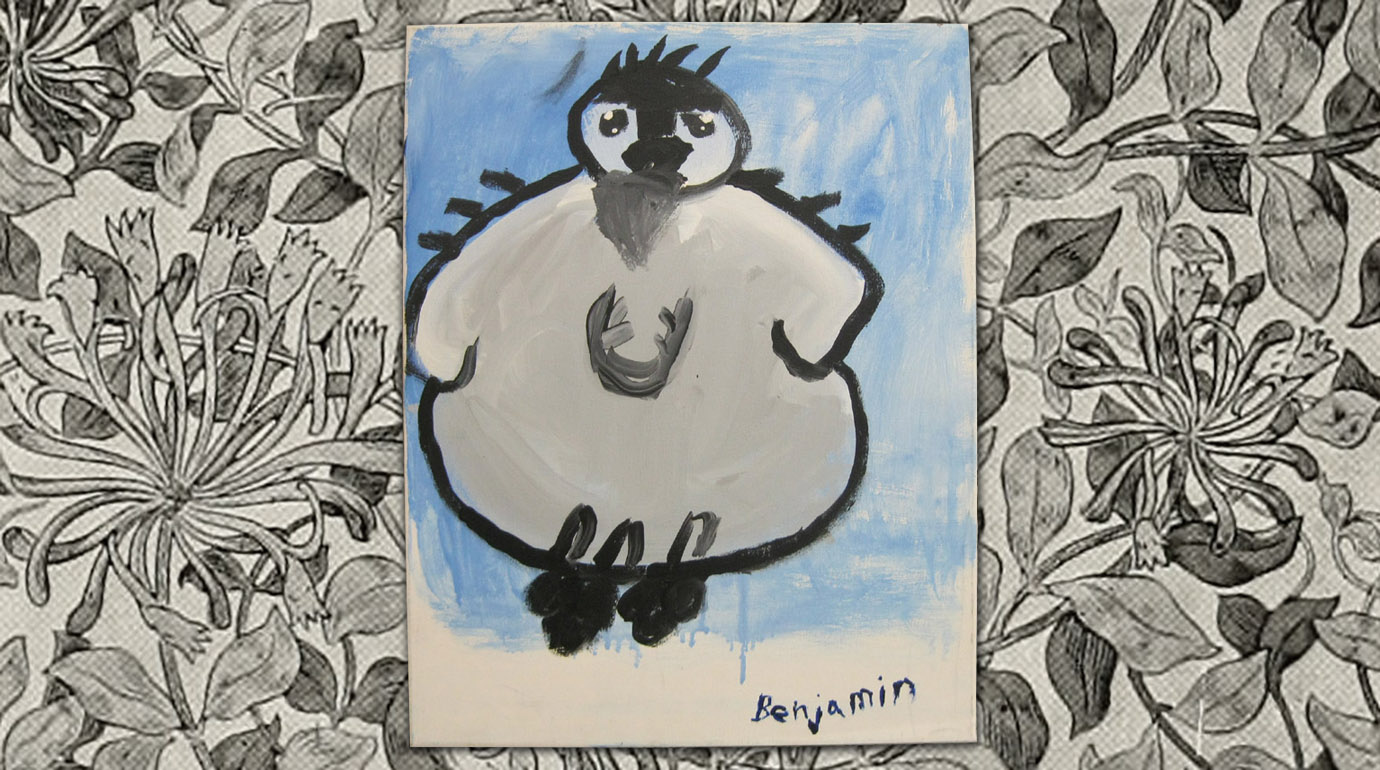 Few pieces in the Fun-Bus Repository have created as much controversy among Museum Staff as Benjamin’s (Penguin), such that every curator’s first act upon taking the position is to hide the piece in the Museum’s storage space until he or she is allowed to retitle it. According to the current curator, the picture shows a young penguin, posed ambiguously against an unknowable blue background. The common assumption is that the piece is of a penguin walking in the snow, but may instead be seen as a puffin floating in the water or, incongruously or optimistically, in the sky. The creature’s neonatal traits create a sense of youth and innocence, of a creature who does not yet know its own limitations. Or species.