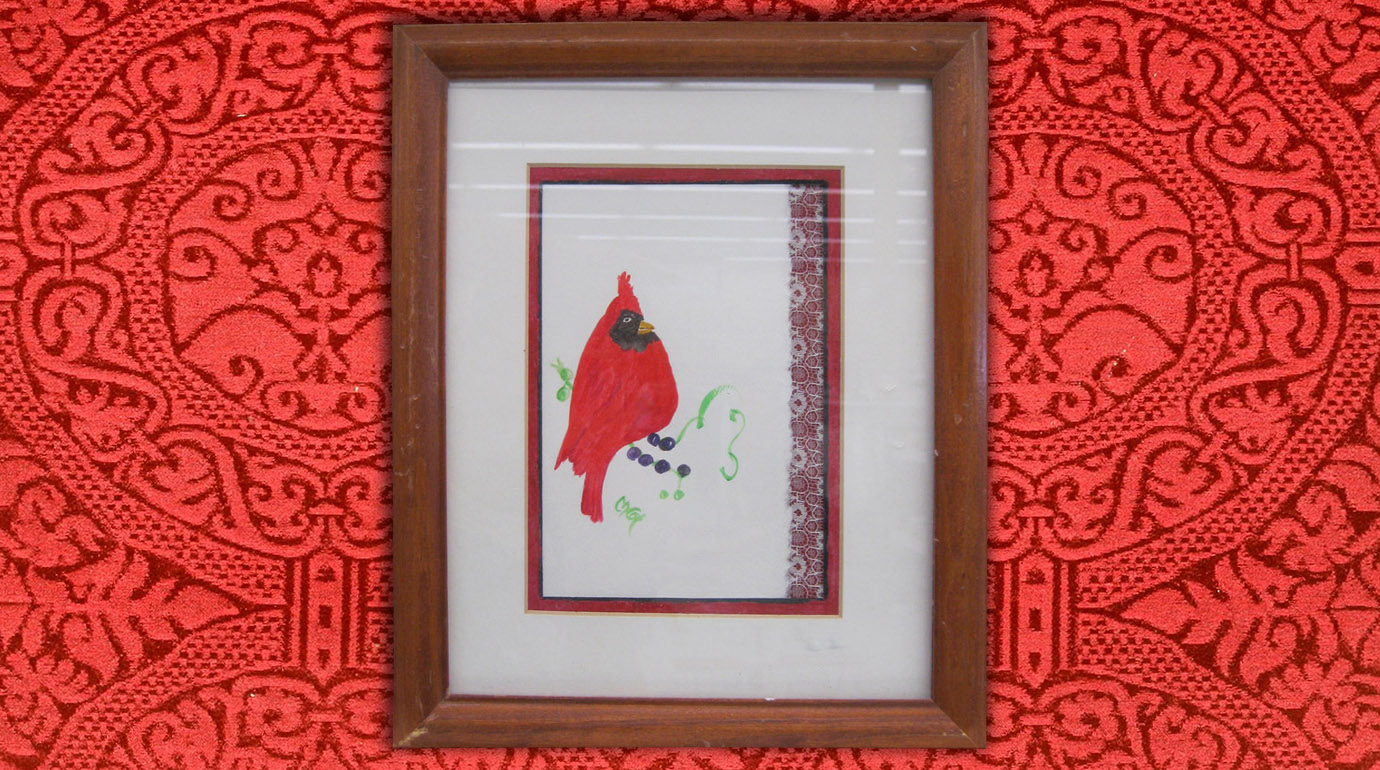 Cardinals have a transitional role. Their brilliant crimson feathers stand out against white snow, making the bird an emblem of Christmas. In Texas, they are a sign of spring, a bright sign of life after our short winter. Cox’s Cardinal seems to play both sides of its subject’s seasonality, a plump bird with its feathers ruffled out against the winter chill, an alert creature sitting on the lush growth of late spring. The thin strip of red lace ribbon may evoke the richness of the holiday season; it also adds a touch of irony to the image much in the spirit of Magritte’s The Treachery of Images. The inclusion of the delicately crafted lace calls attention to the artificiality of the cardinal itself, a symbol that is a construct of society rather than a simple creature of the earth.