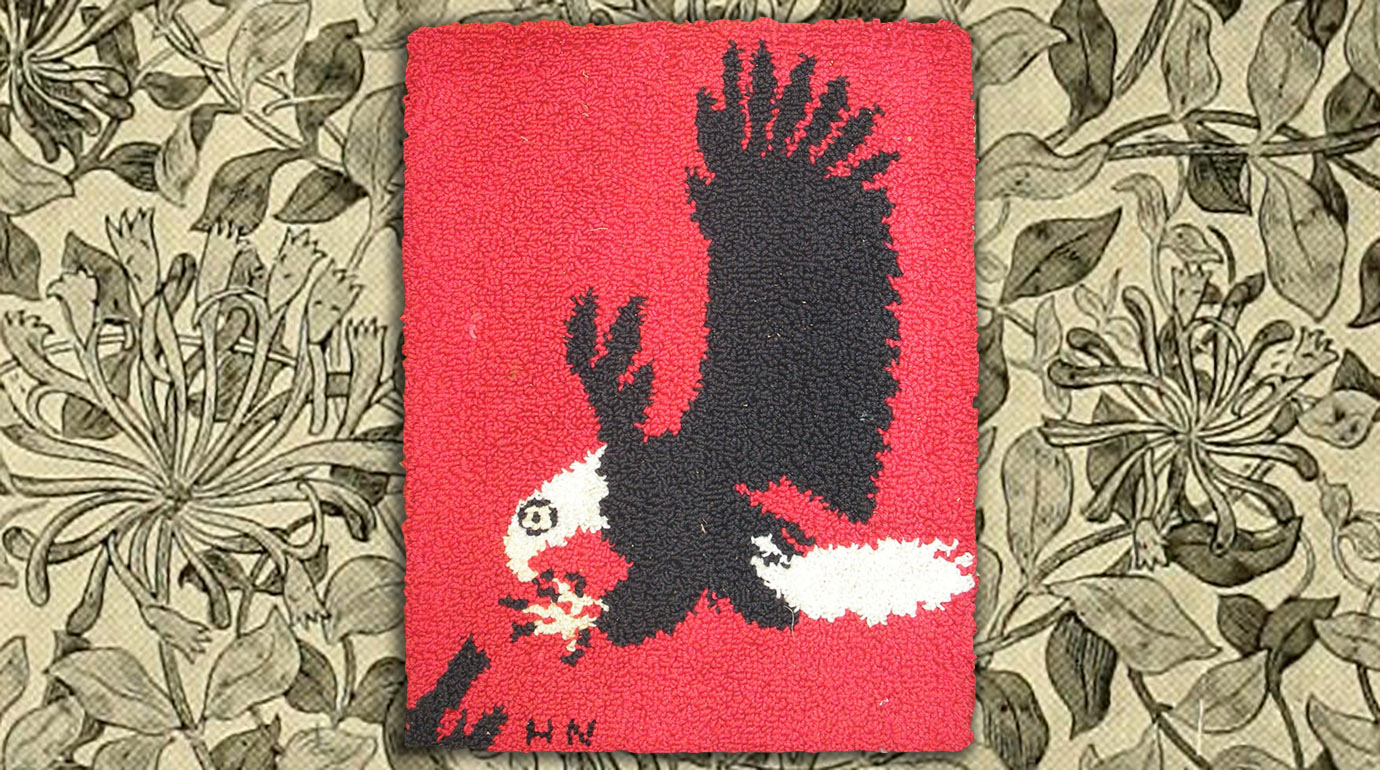 True high school art outside of oil paint, acrylic, and pencil is so vanishingly rare that many critics have asked if Red Eagle has been hung appropriately, and suggested that it be moved to the museum’s Ersatz Needlepoint and Outsider Stitching Repository, or perhaps moved to the temporary show, “Incidental Nazism, A Retrospective” created on the 100th birthday of Adolph Hitler and brought out for special occasions.  But Red Eagle is rich with traditional high school art motifs, even if it were not authentic, the Museum would keep it with the Room 306 collection. If for no other reason than that the Nazi show’s storage bin is full up.

In this piece H.N. reveals her technical accomplishments as a textile artist. One of the challenges in latch-hook design is capturing the sense of motion of the subject, and H.N. shows her skills in this study. The eagle is captured has it thrashes the air with its massive 17-foot wingspan, caught like a high-speed camera shot before it lands  on a leafless branch or silences a small, yapping dog (either interpretation is valid). Such is its velocity that it seems to carry a contrail in its wake, or to propel itself forward on a jet of nitrus oxide flame. Where representation fails, symbolism must take over.